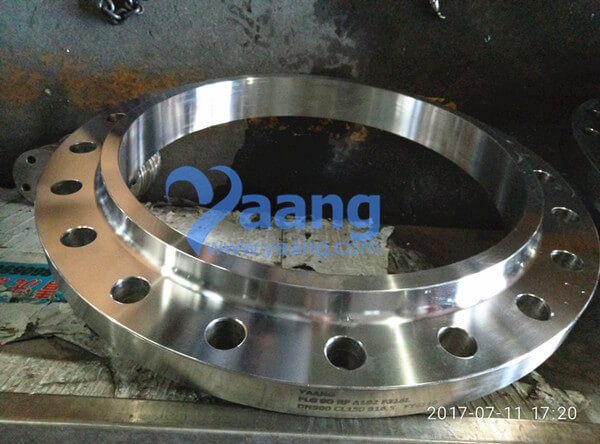 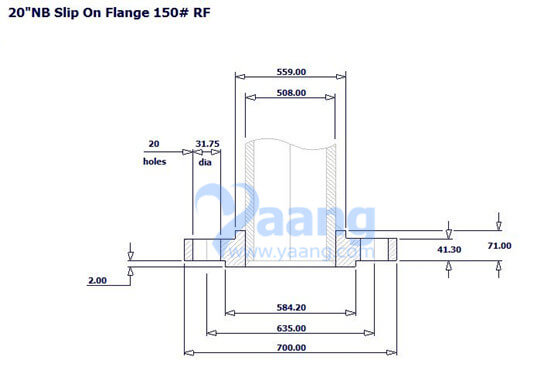 The calculated strength from a Slip On flange under internal pressure is of the order of two-thirds that of Welding Neck flanges, and their life under fatigue is about one-third that of the latter.

The connection with the pipe is done with 2 fillet welds, as well at the outside as also at the inside of the flange.

The X measure on the image, are approximately:

This space is necessary, to do not damage the flange face, during the welding process.

A disadvantage of the flange is, that principle always firstly a pipe must be welded and then just a fitting. A combination of flange and elbow or flange and tee is not possible, because named fittings have not a straight end, that complete slid in the Slip On flange.

2) We also produce flange with special specifications according to customers’ requirements;

ASME B16.5 A182 F316L SORF Flange DN500 CL150 is commonly lower in price than 2507 weld neck flange, and to this effect are a popular choice for our customers. However, customers should bear in mind that this initial cost saving may be diminished by the additional cost of the two fillet welds required for proper installation. Moreover, weld-neck flanges have a higher life expectancy than slip-on flanges under duress.

The 316L SORF Flange is positioned so the inserted end of the pipe or fitting is set short of the flange face by the thickness of the pipe wall plus 1/8 of an inch, which thus allows for a fillet weld inside the SORF flange equal without doing any damage to the flange face. The back or outside of the 316L SORF Flange is also welded with a fillet weld.

Custom made as customers request.

Usually by Sea, By Air, By Train or River-and-Sea Coordinated Transport.

As per customer's request.

If any inquiry about products, please feel free to contact us sales@yaang.com