Sealing grade and selection of valves

Valve is an important component in the piping system of petrochemical plant. It is one of the main leakage sources in the plant with many kinds and large quantity. Therefore, the leakage requirement of valve is very important. Valve sealing performance refers to the ability of each sealing part of the valve to prevent medium leakage. 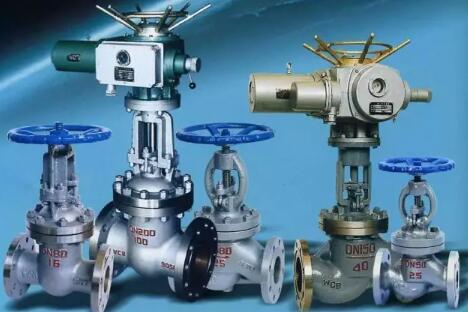 The main sealing parts of the valve are: the matching surface between the opening and closing parts and the valve seat, the matching of the packing and the valve stem and the stuffing box, and the connection between the valve body and the valve cover. The first leakage is called internal leakage, which directly affects the ability of the valve to cut off the medium and the normal operation of the equipment. The leakage of the last two places is called external leakage, that is, the medium leaks from the inside of the valve to the outside of the valve, which directly affects the safe production, causes the loss of working medium and enterprise economic loss, environmental pollution, and even causes production accidents in serious cases. Especially for high temperature and high pressure, flammable and explosive, toxic or corrosive media, the leakage of the valve is not allowed, because the consequences are more serious than the internal leakage, so the valve must have reliable sealing performance, to meet the requirements of its use conditions on the leakage.

At present, there are two common classification standards of valve sealing grade in China.

Low leakage valve refers to the valve actual leakage is very small, rely on conventional water pressure, air pressure seal test has been unable to determine, need to use more advanced means and instruments to detect the small leakage. The tiny leakage of the valve to the external environment is called low leakage. At present, there are three standards commonly used to detect low leakage of valves in the world
(1) EPA method 21, leakage detection of volatile organic components.
(2) ISO 15848 (industrial valves: low leakage measurement, testing and qualification procedures).
(3) Shell MESC SPE 77 / 312 "industrial valves: low leakage measurement, classification system, qualification procedures and type approval and product testing of on-off and control valves".
EPA method 21 standard of the United States Environmental Protection Agency only specifies the detection method, but does not divide the leakage level. It belongs to the local standard regulations, and is rarely used. According to ISO 15848 and shell MESC SPE 77 / 312, the performance of valves is evaluated from three aspects: tightness grade, durability grade and temperature grade. According to the leakage of valve stem and valve body seal, the tightness grade is divided into a, B and C. for iso15848 standard, the leakage requirement of valve body seal is ≤ 50 em3/m3, while the leakage of valve stem is calculated according to the diameter of valve stem.
The sealing grade of ISO 15848A is the highest, and that of B and C is the same as shell MESC SPE 77/312. Generally, the sealing grade of low leakage valve is lower than grade B, while the sealing grade of bellows seal valve is lower than grade a due to the metal bellows seal used in the sealing part of valve stem.

Bellows seal valve is one of the low leakage valves. In the past, bellows sealing valve was generally used in the working conditions with special requirements for valve leakage grade. However, due to the great difficulty and high technical requirements of bellows sealing valve f-jjm, its bellows material can not be completely localized and the cost is too high, which restricts its extensive application in petrochemical industry. At present, with the continuous enhancement of people's awareness of safety and environmental protection, the increase of technical cooperation with foreign countries, and the continuous strengthening of domestic valve manufacturers' own technical strength, domestic technical personnel's understanding of low leakage valves is also constantly improving, so that its application scope is constantly expanding. If the valves selected for inflammable, explosive and toxic media in petrochemical enterprises can meet the low leakage standard, it will undoubtedly greatly reduce the emission of toxic, combustible and explosive media in the device, and avoid fire, explosion, poisoning and other accidents endangering life safety caused by valve leakage. Compared with bellows valves, low leakage valves meeting ISO 15848 and shell MESC SPE 77/31 standards have simple structure and easy manufacturing, and their cost is about 10% - 20% higher than that of general valves. According to the previous analysis and comparison of the two standard sealing grades, the leakage of tight grade B valve can generally meet the low leakage requirements of some special working conditions, the machining accuracy requirements are relatively easy to achieve, and the manufacturing cost is not much increased. It can replace part of the bellows valve. At present, low leakage valve has more practical significance for purification system of oil and gas field with high content of hydrogen sulfide. Because hydrogen sulfide is a highly toxic and combustible gas, heavier than air, and can gather in low-lying areas. Inhaling a certain concentration of hydrogen sulfide will harm the body and even lead to death. Therefore, the requirements for leakage of such natural gas purification facilities are more stringent.

When selecting the sealing grade and the specified allowable leakage, it should be noted that the leakage of medium between the sealing surfaces of high-pressure valves will cause surface erosion. If there is leakage of corrosive medium, the metal at the leakage place will be corroded. With the increase of leakage gap, the leakage volume will also increase rapidly, so that the valve will be scrapped. Therefore, for the high pressure or corrosive medium working condition of the valve, in ensuring the sealing should put forward higher requirements. In the pipeline conveying flammable, explosive and toxic media, the leakage of media between valve sealing surfaces may cause personal harm, economic loss and even accidents. Therefore, for the valves conveying flammable, explosive and toxic media, the requirements for sealing should be reasonably put forward according to the dangerous level of the media.
Any seal sometimes allows a small amount of leakage, if the leakage does not play a practical role, it can be considered as sealed. The technical standard of valve manufacturing usually stipulates that metal to metal seal is allowed to have a certain amount of leakage when sealing performance test is carried out under closed state. In order to ensure the high sealing performance of the valve, it is necessary to grind the sealing surface carefully, increase the specific pressure on the sealing surface, but it should be less than the allowable specific pressure of the sealing surface material, and improve the structural stiffness. The application experience of valves shows that in many cases, it is unnecessary to put forward too high requirements on the sealing performance of valves, because some working conditions completely allow a small amount of medium leakage, because the leakage is not enough to affect the use of valves. On the contrary, improving the sealing performance of these valves will complicate the manufacturing process, increase the cost and cause unnecessary waste. The structural design and manufacturing process of the valve itself have the most obvious impact on its external leakage. For low leakage valves, the design, manufacturing and processing requirements of key components such as valve body, stem and stuffing box are more stringent, such as:
(1) The quality of valve body and cover, especially in forging or casting, should avoid folding, slag inclusion, porosity, microstructure evacuation, hidden cracks and other defects and uneven composition.
(2) The processing quality of the parts at the connection of valve stem and valve body, especially the roughness of valve stem and stuffing box, the straightness of valve stem, the verticality of valve cover stuffing box hole and the processing accuracy.
(3) The structure selection of the valve stuffing box, because the seal at the valve stem is dynamic seal, the packing is easy to wear during the rotation or sliding of the valve stem. It is necessary to select a special low leakage packing seal and packing seal combination, and strictly control the gap between the packing and the valve stem, and between the packing and the packing box.
To sum up, the selection of valve type should not only meet the process conditions and standards, but also fully consider various working conditions. In the engineering design, the valve sealing grade should meet the principles of safety, rationality and economy.
Source: China Valves Manufacturer – Yaang Pipe Industry Co., Limited (www.yaang.com)
∧TOP
Next: Selection of heat exchanger type and scaling treatment method
Prev: List of Chemical Elements