What is a breather valve?

What is a breather valve?

Breather valve is a kind of valve which can not only keep the tank space isolated from the atmosphere within a certain pressure range, but also connect with the atmosphere (breathing) when the pressure range is higher or lower. Its function is to prevent the tank from being damaged due to overpressure or vacuum, and to reduce the evaporation loss of the storage liquid. It is mainly composed of valve seat, valve cover, protective cover and two groups of opening and closing devices controlled by vacuum and pressure. The opening and closing device includes valve disc, guide rod, spring, spring seat and sealing ring. When the pressure in the tank reaches the rated exhaled positive pressure, the pressure valve flap opens and the steam in the tank is discharged; when the vacuum degree in the tank reaches the rated suction negative pressure, the vacuum valve flap opens and the air enters. 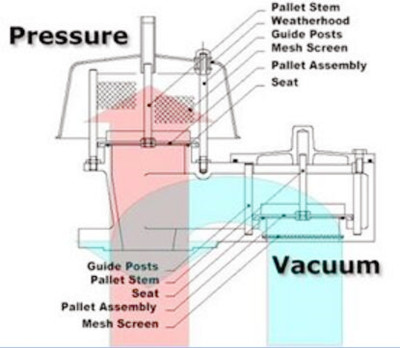 The tight breather valve is usually used in low-pressure straight-through pipelines. The sealing performance depends entirely on the goodness of the fit between the plug and the plug body. The compression of its sealing surface is achieved by tightening the lower nut. Generally used for PN≤0.6Mpa. 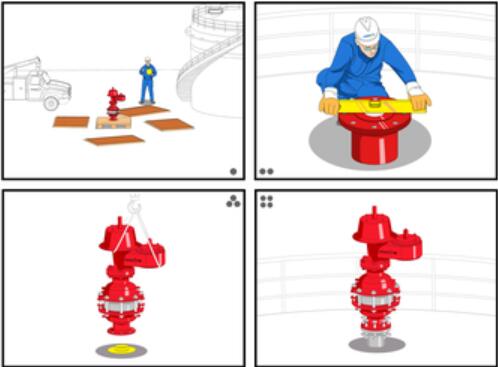 The respiratory emissions of the fixed roof tank can be estimated by the following formula:
In the formula:

Work emissions are losses due to man-made loading and unloading. As a result of charging, when the pressure in the tank exceeds the release pressure, the vapor is forced out of the tank; while the discharge loss occurs when the liquid is discharged, and the air is drawn into the tank, and the air becomes a gas saturated with organic vapor and expands. Therefore, the capacity of the vapor space is exceeded.
The working emissions of the fixed roof tank can be estimated by the following formula:
In the formula:
Turnover times=annual input/tank capacity

The Breather valve is maintained and maintained once a month and twice a month in winter. The method: first slightly open the valve cover, take out the vacuum valve disc and the pressure valve disc, check the valve disc and valve disc seal, valve disc guide rod and guide rod sleeve for oil and dirt, such as oil and dirt The objects should be cleaned up, then put back in place, and pull up and down a few times to check whether the opening is flexible and reliable. If everything is normal, then tighten the valve cover. In the maintenance and maintenance, if there is any abnormal phenomenon such as scratches or wear on the valve disc, it should be replaced immediately or contact the supplier company to solve it in time.

How to choose the right breather valve